"I cut Arty’s meat slowly while my chest fills with a yearning that would like to spill out through my eyes and nose. It is, I suppose, the common grief of children at having to protect their parents from reality. It is bitter for the young to see what awful innocence adults grow into, that terrible vulnerability that must be sheltered from the rodent mire of childhood. Can we blame the child for resenting the fantasy of largeness? Big, soft arms and deep voices in the dark saying, “Tell Papa, tell Mama, and we’ll make it right.” The child, screaming for refuge, senses how feeble a shelter the twig hut of grown-up awareness is. They claim strength, these parents, and complete sanctuary. The weeping earth itself knows how desperate is the child’s need for exactly that sanctuary. How deep and sticky is the darkness of childhood, how rigid the blades of infant evil, which is unadulterated, unrestrained by the convenient cushions of age and its civilizing anesthesia. Grownups can deal with scraped knees, dropped ice-cream cones, and lost dollies, but if they suspected the real reasons we cry they would fling us out of their arms in horrified revulsion. Yet we are small and as terrified as we are terrifying in our ferocious appetites."

~The Demon by Hubert Selby Jr.~​
(...) Louise and Rae looked at Harry with frowns and disbelief and questioning expressions and Harry fought like a sonofabitch to keep a goddamn smile on his face and shrug away the tacit questions and accusations of Louise and Rae and not let his skin crack open from the heat that seemed to be pounding through him and the nausea that was suddenly twisting his gut and constricting his throat, and Wentworth and Simmons sat there with those grins on their faces as that jerk Davis made some kind of dumb remarks about how happy he was and how he would try to live up to the responsibility of his position—new position, jerk—and he had to thank his wonderful wife for all the help she/d been and for making it possible for him to do the kind of job that got him this—and he continued to thank people with a bunch of meaningless tripe, the gutless wonder, and he finally sat down and everyone clapped like a bunch of mentally retarded seals, and Harry could feel Louises and Raes eyes burning into him like two mothers who had just been told that their son was a mass murderer, and he had to stand in front of them and open the zipper on his chest and let everyone look inside of him and see the ugliness and rottenness that was hidden there and was slowly festering and explain himself and why he was sitting there while that ass-kissing Davis was taking all the bows and his fishmonger of a wife was screeching and hanging from his neck like a syphilitic albatross as if that dumb sonofabitch had actually done something to be proud of when he was lucky if he could brush his teeth and comb his hair without getting the comb and brush confused, and Harry was grinding his teeth as he smiled, gently, at Rae and Louise, and felt as if his legs were going to run away from his body and he shrugged again and wanted to laugh but was afraid he would puke all over the table and he tried to force an attitude of nonchalance and let his two surrogate mothers know that he could have had the job, but turned it down as it might interfere with his future, but he couldnt say it, but only imply it, because he couldnt let the word get around, but anyway it was no big deal and there are bigger things ahead and Davis needs it with all those people he has to feed, the poor sucker, and thats the real reason they gave it to him anyway, and anyway, who gives a damn about the whole damn thing, and the muscles in Harrys shoulders and the back of his neck felt like they were about to snap and the pain became so intense that Harry thought he would either faint or jump up on the table and scream, and the goddamn smile seemed to be cemented on his face and Louise and Rae didnt seem to be talking to him and there was a slow awareness of something new happening, something in addition to the renewal of the voices chatting and chuckling and laughing, and out of the corner of his eye he became aware of movement and then the sound of music, dance music, and he blinked his eyes a few times and it seemed to crack the cement slightly and slow down his heart just enough so that it wasnt pounding in his ears, and then he heard a semblance of words as Rae told him to get up and dance already, what are you, some kind of schlemiel, youre just going to sit there like that? And he heard Linda laugh and felt himself rising on legs that were weak from painful muscular spasms, and tears came to his eyes as he stood and tried to walk and he blinked away the tears rapidly and chuckled as he stumbled, hoping to hell that his legs wouldnt collapse, and he supported himself by leaning on the backs of those sitting as he worked his way to the dance floor and gropingly led Linda in among those stumbling around the dance floor, allowing himself to fall against whoever was near until his legs finally started to strengthen and he could stand and move without fear of falling, (...) 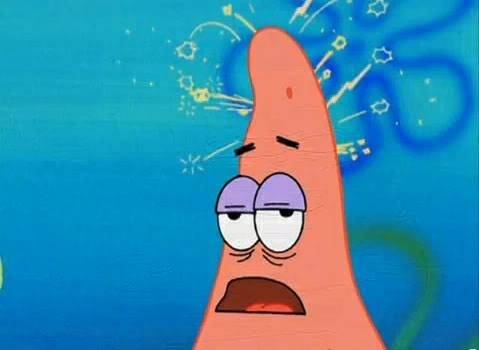 ~Ρίτσαρντ Μπρότιγκαν: No Hunting Without Permission από το βιβλίο "The Tokyo-Montana Express"~​
October 21, 1978: Yesterday I didn’t do anything. It was like a play written for a weedy vacant lot where a theater would be built one hundred years after I am dead performed by actors whose great grandparents haven’t even been born yet. If I were keeping a diary, yesterday’s entry would have gone something like this,
Dear Diary: I put up a no hunting sign today because tomorrow is the first day of hunting season and I don’t want some out of state hunters driving a station wagon with Louisiana license plates to stop and shoot a moose in my back yard.
I also went to a party. I was in a shitty off-angle wrong mood and said the same five boring sentences to forty different, totally unsuspecting and innocent people. It took me three hours to get around to everybody and there were very long pauses between sentences.
One sentence was an incoherent comment about the State of the Union. I substituted an obscure California weather pattern in place of a traditional Montana weather pattern to use as a metaphor about inflation.
What I said made absolutely no sense whatsoever and when I finished nobody asked me to elaborate. A few people said that they needed some more wine and excused themselves to go get some, though I could see that they still had plenty of wine in their glasses.
I also told everybody that I had seen a moose in my back yard, right outside the kitchen window. Then I did not give any more details. I just stood there staring at them while they waited patiently for me to continue talking about the moose, but that was it.
A man I told my moose story to said, “Was that the same moose you told me about yesterday?” I looked a little shocked and then said, “Yes.” The shocked expression slowly changed into one of serene bewilderment.
I think my mind is going. It is changing into a cranial junkyard. I have a huge pile of rusty tin cans the size of Mount Everest and about a million old cars that are going nowhere except between my ears.
I stayed at the party for three hours, though it seemed closer to a light-year of one-sentence moose stories.
Then I went home and watched Fantasy Island on television. As a sort of last stand spiritual pickup, I called a friend in California on the telephone during a commercial. We had a very low-keyed conversation during the commercial. He was not really that interested in talking to me. He was more interested in doing something else.
As we struggled through the conversation, like quicksand, I wondered what the first thing he would do after I hung up. Maybe he would pour himself a stiff drink or he would call somebody interesting on the telephone and tell them how boring I had become.
At one point toward the end of our thousand-mile little chat, I said, “Well, I’ve just been fishing and writing. I’ve written seven little short stories this week.”
“Nobody cares,” my friend said. And he was right.
I started to tell him that I had seen a moose in my back yard but I changed my mind. I would save it for another time. I did not want to use up my best material right away. You’ve got to think of the future.